Alexandroupolis is in north-eastern Greece, the first Greek city to be encountered when crossing the Turkish and the Bulgarian borders. With its strategic position, a crossroads of sea and land routes, Alexandroupolis connects Europe and Asia, East to the West. It is a meeting point for people, countries and cultures with major roads, with planes, trains and ships. This beautiful seaside city, whose trademark is a lighthouse, forms the centre of a truly fascinating region.

With its charming aura that connects the historical past with the present, its central port, with places of outstanding natural beauty, unique wetlands, archaeological and religious monuments, cultural events, authentic Thracian cuisine and hospitable people, Alexandroupolis is a truly ideal destination for every season of the year!

From a small fishing village during the last century, Alexandroupolis of today is a modern city with a unique character, excellent urban planning, high quality of life and a privileged center of a truly charismatic area. The coastal settlements of the Municipality of Alexandroupolis, Makri, Mesimvria, Dikella, but also the mountainous villages of Potamos, Avantas, Aisymi, Leptokaria, Kirki, Sykkorachi offer the visitors routes of exceptional natural beauty. Moreover, Alexandroupolis is very close to places of high ecological importance as the Forest of Dadia, the National Park of the Delta of Evros river and the thermal baths of Traianoupolis. 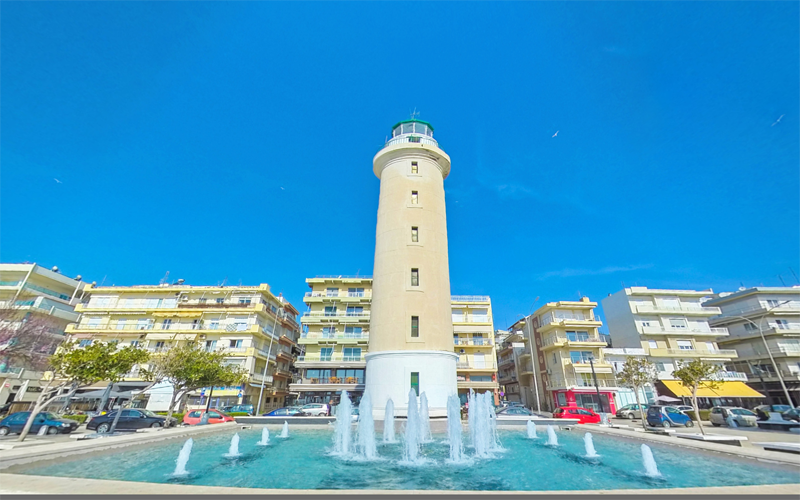 The symbol of the city is the lighthouse, which stands proudly at 18 meters and illuminates this beautiful destination for over a century. From here, from its fountains, begins the beach promenade, with people enjoying their walks, seasonal events and festivals and with traditional tavernas and tsipouradika. Small routes around reveal charming cafes, restaurants and shops. The city is also proud for its urban landscape which includes neoclassical buildings that are connected to its history, such as the Zarifios Educational Academy, the Leontarideos School, the Tobacco Shop, the Warehouses of the Port and many others. The Metropolitan Church of Alexandroupolis is dedicated to Saint Nicholas, the patron of sailors, so finally, everything ends up at the port and the imposing blue of the Thracian Sea, the northernmost part of the Aegean. 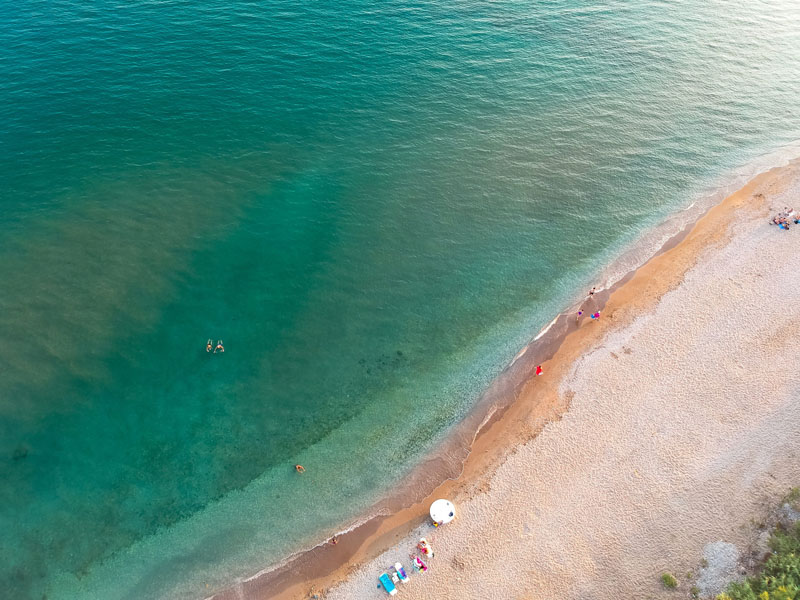 In the Municipality of Alexandroupolis, the beaches are distinguished for their beauty. The Thracian Sea with its deep blue waters is offered to sea lovers along 25 km of coastline. The beaches in Alexandroupolis, Nea Chili, Makri, Agia Paraskevi and Dikella with their picturesque coves, endless sandy beaches, fish taverns and beach bars offer unique summers to young and old alike. Next to the city center is located the Municipal beach of Alexandroupolis. It is the first preference for residents and visitors as it is fully organized and ideal for all ages. The coast is sandy with crystal clear water, accessible to people with disabilities and is awarded with a blue flag. 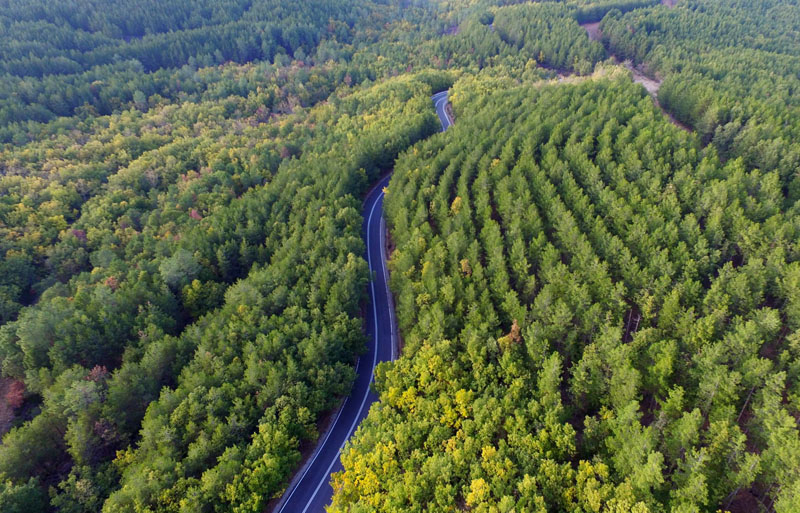 The trip to Alexandroupolis offers beautiful experiences in nature with walking routes of unparalleled beauty, with wonderful sites to explore through old towers, gorges and traditional windmills. Places worth visiting are the village of Avantas, the plane tree Park of Maistro, the forest of Nipsa village with prehistoric Thracian sanctuaries amidst centuries-old plane trees and running waters, the area of Kirki village for mountain biking and alternative activities, Melia with its traditional windmills, the picturesque Sykorrachi village and the folklore settlement of Sarakatsani, an open-air museum near the traditional village of Aisymi. 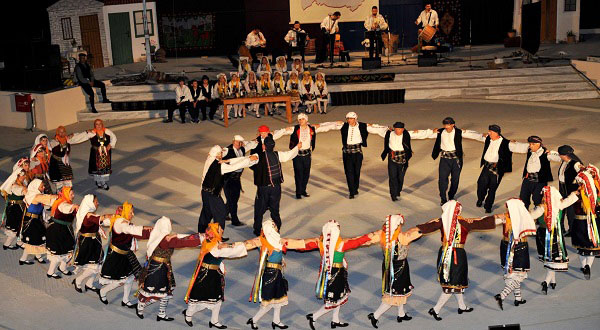 The gatherings of the Thracians of the world, the local traditional clothing, the customs and the folklore events and festivals that take place in the Municipality of Alexandroupolis throughout the year are a pole of attraction for residents and visitors. The Christmas celebrations, the carnival events and the ‘panigiria’ festivals throughout the Municipality during the celebrations of the church of each village, give every visitor the chance to listen to the traditional music, taste the local cuisine and live the experience of Thracian hospitality. 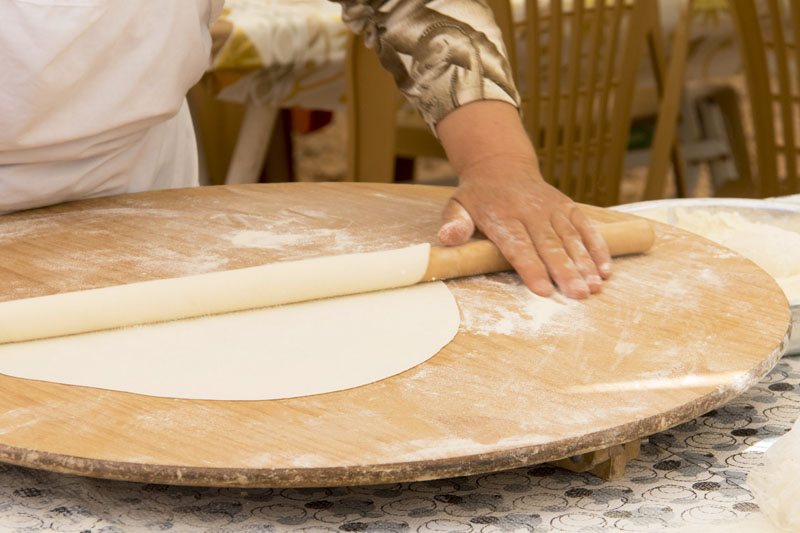 The local cuisine is one of the most interesting in Greece, based on the Thracian tradition, but also on the culinary habits of all the civilizations that have lived in the area over the centuries. Try the famous traditional pies, kavurma meat and sausages, handmade pasta, the dairy products, local meat, the delicious fish and seafood of the Thracian sea, spoon sweets and the legendary local olive oil produced by the centuries-old olive groves of Makri.

Sightseeing at the Municipality of Alexandroupolis: 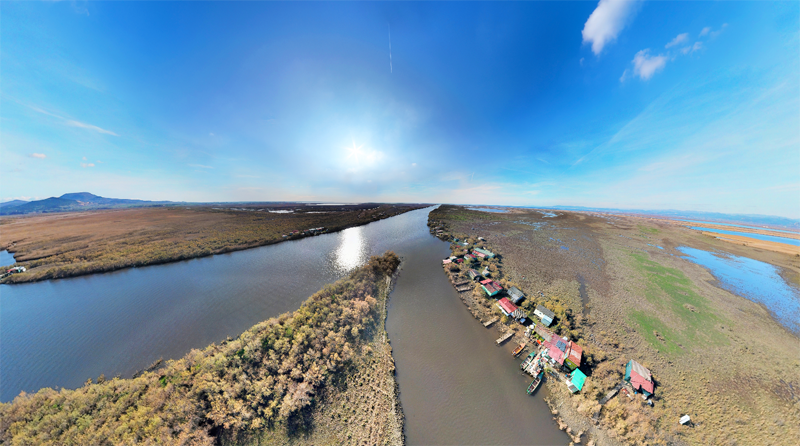 Evros Delta National Park. Guided tours are given with mini buses and boats around one of the most important wetlands in Europe, with lakes, lagoons and islets, with an extremely rare microclimate and rich flora, a refuge for rare birds and animals.

Roman Baths of Traianoupolis. The famous hot springs have hosted emperors and sultans and operate to this day, with tourism facilities. A remarkable building is Hana, a guest house that dates back to the 4th century AD.

Monastery of Panagia Kosmosoteira. It is a Byzantine monastery of rare historical value. It is in Feres village and it is considered as the center of pilgrimage for Thracians from all over the world and as the small Hagia Sophia according to the locals.

Church-Cave of Saint Theodoros. Near the village of Avanda, there is a small church hidden in a cave, with iconography of the 11th century carved into the stone, a place that resembles the cave churches of Cappadocia.

Ancient city of Zoni. It is an important archaeological site, from the 6th century BC, formerly known as Mesimvria-Zoni, located near the village of Dikella.

Ancient Via Egnatia. There are still parts of the famous Via Egnatia where one can walk on historical routes following the informational signs.

Ancient olive groves of Makri. Several legendary olives trees are up to 2500-2700 years old and they still provide their olives for oil.

Cyclops Polyphemus Cave. To the north of the port of Makri village, right under the archeological site of the prehistoric place of the same name, is the cave of Cyclops Polyphemus, the Cyclops of Homer’s Odyssey. This is where the legend becomes reality, since the cave and the large rocks that seem as they were thrown into the sea from above, contribute to reanimate the scene when Polyphemus was throwing rocks, out of his anger, looking for ‘Nobody’- Odysseus. 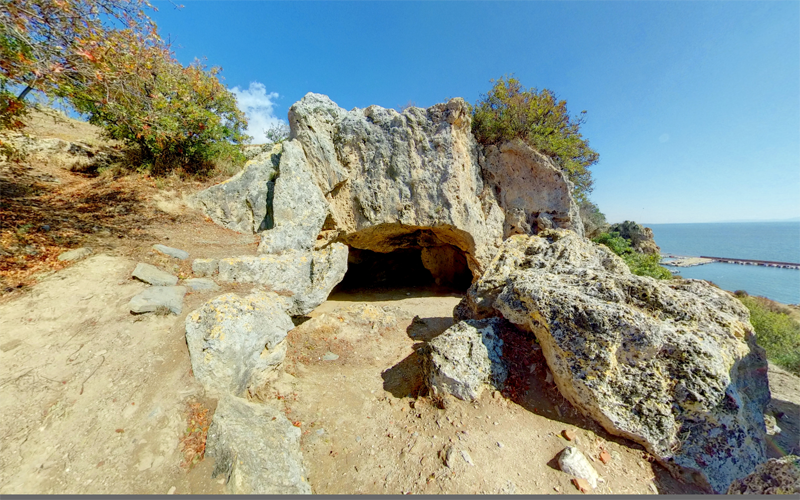 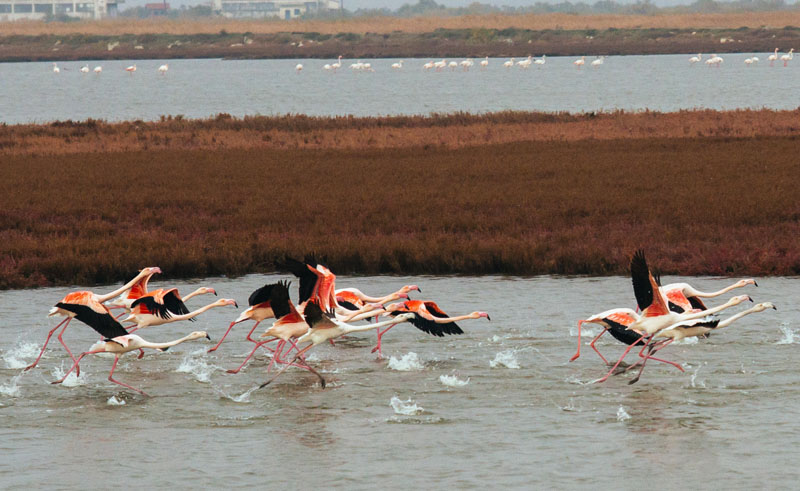 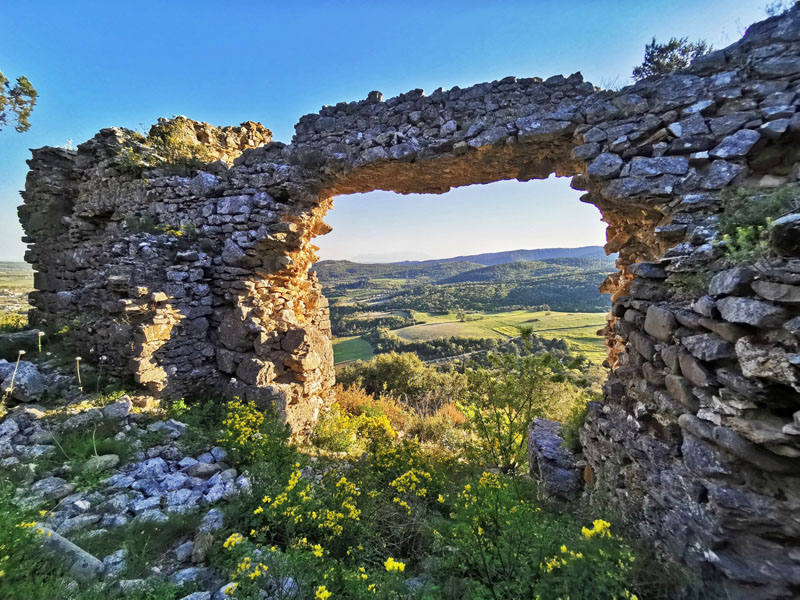 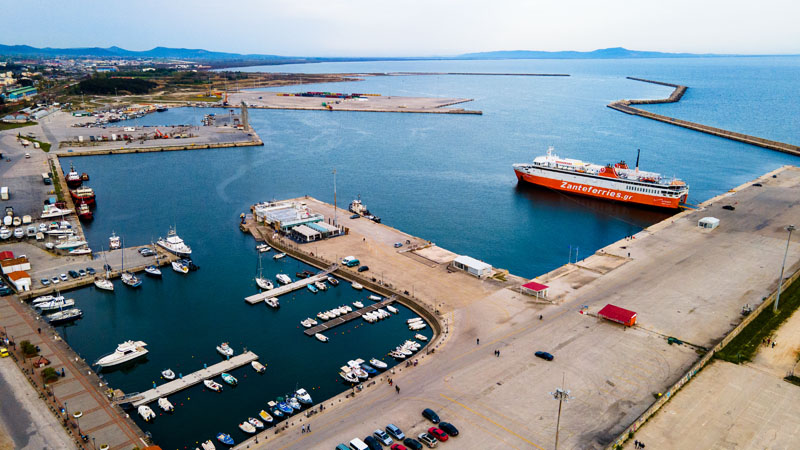 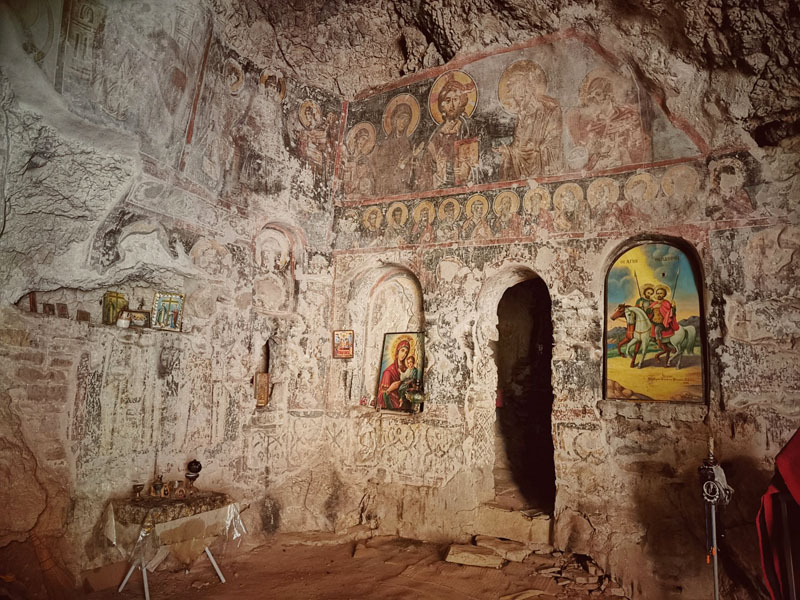 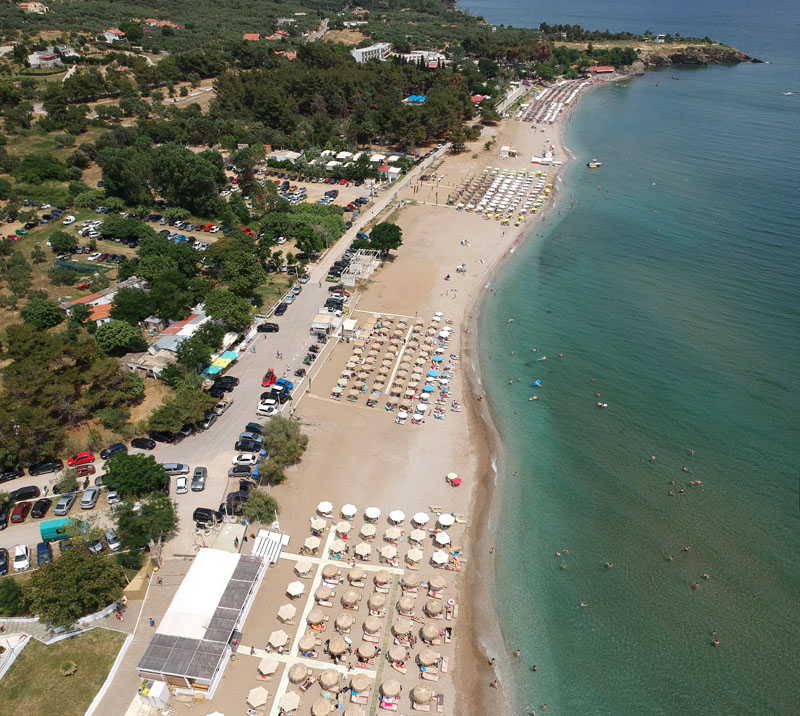 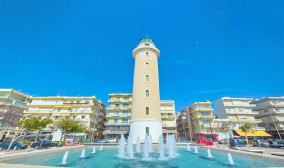